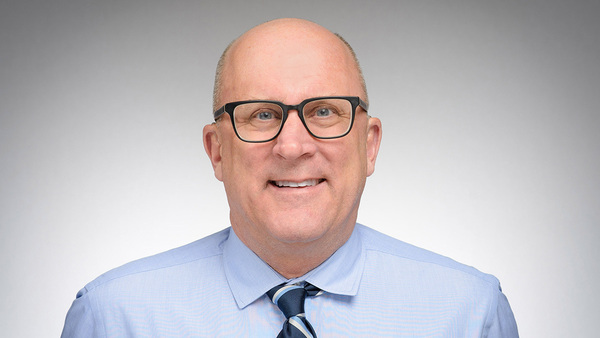 John T. McGreevy, a distinguished historian and former dean of the College of Arts and Letters at the University of Notre Dame, has been elected the Charles and Jill Fischer Provost of the University by its Board of Trustees, acting on the recommendation of Notre Dame President Rev. John I. Jenkins, C.S.C., and informed by a search committee of elected and appointed faculty and students. The appointment is effective July 1.

“The Notre Dame community is fortunate to have in John a provost who is ideally suited for a position that is so central to our progress as the world’s leading Catholic university and among our nation’s most respected teaching and research institutions,” Board Chairman John J. Brennan said. “The search committee and Father Jenkins recommended to the Trustees a scholar and administrator with impeccable credentials, and we look forward to working closely with him in the years ahead.”

Father Jenkins and the search committee conducted a broad national search for the next provost, considering a diverse group of highly qualified candidates who represented a wide array of disciplines in the sciences, engineering, the humanities, the social sciences, law and business, as well as nearly half of the nation’s top 25 universities.

“We were fortunate to attract the interest of candidates with deep leadership experience, including those who have served as deans and provosts,” Father Jenkins said. “The search committee assessed each candidate with respect to a published list of desired experiences and attributes, and 60 percent of the candidates we interviewed were women or people of color. After a thorough process, due to his successful tenure as dean of our largest college, his scholarly achievements, his deep understanding of Catholic higher education and support for Notre Dame’s mission, and his commitment to diversity and inclusion, John emerged as the clear choice.”

As Notre Dame’s chief academic officer, McGreevy will be responsible for the overall operation of the academic enterprise, including the faculty, colleges, schools, institutes, centers, libraries and student advising. The provost is the University’s second-ranking officer behind the president.

“Notre Dame’s aspiration to become one of the world’s leading research universities while sustaining and deepening its Catholic identity is one of the most exciting projects in global higher education,” McGreevy said in accepting this new role. “Given the many challenges we face in our nation, the Church and the world, this project has never been more important. I am honored to assist in this effort and look forward to working with faculty, staff and students to advance the work of Notre Dame.”

The Francis A. McAnaney Professor of History, McGreevy served as the department’s chair from 2002 to 2008 and then for the next decade as the I.A. O’Shaughnessy Dean of the College of Arts and Letters, Notre Dame’s oldest and largest college with 20 departments, more than 500 faculty members, over 2,800 undergraduates and some 1,000 graduate students.

As dean, McGreevy advanced the college in multiple ways, including significantly strengthening the social sciences; increasing the number of arts and letters majors writing a senior thesis by more than 30 percent, which in turn has led to more undergraduate research; introducing the nationally recognized 5+1 Postdoctoral Fellowship Program giving students who finish their doctoral degree in five years a year of postdoctoral funding; starting new doctoral degree programs in Spanish, Italian, anthropology and sacred music; expanding programs and departments in the arts; enhancing existing elite programs in the humanities; growing the Institute for Latino Studies; and creating more interdisciplinary curricula across the University, including a major in neuroscience and minors in computing and digital technologies and business economics. He served as co-chair of the University’s most recent core curriculum review.

McGreevy is the recipient of major fellowships from the Mellon Foundation and the American Council of Learned Societies and has received several awards for his scholarship and teaching. His essays have appeared in The Chronicle of Higher Education, the New York Review of Books, the New Republic and Commonweal, among other publications, and have been translated into French, Italian and Spanish. He is the author of four books, including “Parish Boundaries: The Catholic Encounter with Race in the Twentieth Century Urban North,” “Catholicism and American Freedom: A History” and “American Jesuits and the World: How an Embattled Religious Order Made Modern Catholicism Global.” His latest book, “Catholicism: A Global History from the French Revolution to Pope Francis,” will be published by W.W. Norton in September.

He is married to Jean McManus, a librarian in the Hesburgh Libraries. They are the parents of four children.

Originally published by Dennis Brown at news.nd.edu on April 12, 2022.